Stoptober is a Public Health England (PHE) initiative that encourages smokers to abstain from smoking for 28 days in October. The 28 smoke-free days are based on the statistic that if you can quit smoking for 28 days, you are 5 times more likely to quit permanently.

The inaugural Stoptober Campaign was established in 2012 and was a huge success, with the power of social media playing a big role in the event’s popularity.

In 2019, the proportion of current smokers in the UK was 14.1%, corresponding to around 6.9 million people. Smoking is one of the primary causes of premature mortality and disability, killing an estimated six million people each year.

So far, Stoptober has helped over 1.9 million individuals quit smoking. The first Stoptober campaign in 2012 boosted the chances of quitting smoking in October by 80%, resulting in 350,000 stop attempts. Over the next five years, a similar pattern emerged, with quit attempts being more common in October than in other months.

Local stop smoking services offer competent face-to-face assistance to smokers. Furthermore, pharmacists may offer advice and suggestions to help smokers quit, such as which stop smoking aids may be suitable for them. Support from family and friends is also important in quitting smoking, and these networks are encouraged to assist a smoker when they break up with smoking.

“Giving up smoking is the best thing a smoker can do for their health and it can also help save money in just 28 days smokers will start to notice so many benefits.”

Throughout the first 6 years of Stoptober campaigns in England, there appears to have been an overall rise in stop attempts during October. The resulting rise was inconsistent among campaigns, suggesting that a suitably large budget is required for future initiatives.

The firm aim of Stoptober to promote a nationwide collective effort to refrain from smoking for 28 days in October serves as a stepping stone to permanent quitting. The programme comprises setting a 28-day smoke-free goal and communicating positive messages using a mix of conventional and digital media, including TV, print, radio, and online commercials, public relations, Facebook, and Twitter. So, Stoptober provides the best time and environment to quit smoking and to get rid of this unhealthy habit. Following are some key factors that play important role in quitting during the Stoptober period:

Stoptober is used by thousands of individuals each year to help them quit smoking. Stoptober’s success may be attributed to increased public awareness, community support, and advice on what methods and goods might help you quit smoking.

The Target Audience of Stoptober Campaign 2021:

This year Stoptober Campaign will strongly focus on two unique audiences that, according to research, have different perspectives and motives for attempting to stop smoking, a core audience of smokers aged 35 to 60 and a secondary audience of younger smokers aged 18 to 35. And Public Health England (PHE) is going to launch an annual Stoptober campaign in partnership with the leading respiratory and cancer charities to focus creatively on lungs health.

The basic difficulty counters by the Stoptober campaign is that it may be ignored by those who do not want to modify their behaviours, regardless of the impact on their health. People may see this campaign as worthless because they have already tried it and failed to see any beneficial outcomes.

Models of delivery for stop smoking services, alternatives, and evidence, released by Public Health England (PHE), is one of a collection of resources aimed to assist local decision-makers in supporting smokers to quit. By disseminating this information, directors of public health and local healthcare commissioners will be able to swiftly examine the evidence, allowing them to make informed decisions about the provision of local healthcare.

Even though smoking rates are declining faster than at any time in the previous decade, persons living in underprivileged communities and those suffering from mental health issues are still not receiving appropriate help.

Using important psychological concepts to design a nationwide public health campaign with a defined behavioral aim to making serious smoking quit attempt can result in significant change and public health effects. This conclusion, when combined with other research, supports the continuance and expansion of Stoptober, while also linking the campaign to social networks and regular smoking cessation programmes to assist enhance long-term abstinence rates. 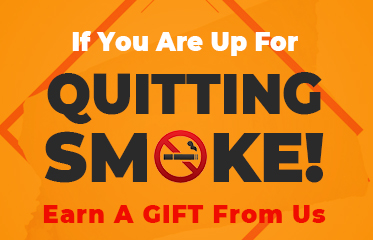